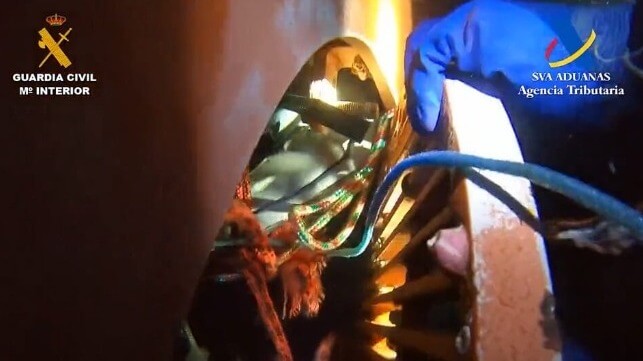 More and more companies are turning to wind-powered sailboats to enable low-carbon transportation and green coffee.

Last December, the two-masted schooner Avontuur loaded 22 tons of organic Colombian coffee from the port of Santa Marta. With a crew of 16, it crossed the Atlantic over the course of two months to reach the port of Bordeaux.

According to the Belgian specialty roaster, the ship trip saved more than three tons of CO2. Javrywho bought the job last month.

Now, Javry is one of a growing number of roasters offering carbon-free coffee to their customers.

“When we decided to embark on the adventure of importing coffee by ship, we didn’t even consider the price. Ecology is part of our company’s DNA,” said Pierre-Yves Orban, co-founder and CTO of Javry TRT world. “When we had the opportunity to have decarbonized transport, we didn’t hesitate.”

The goal, argues Orban, is to show that alternative modes of transport exist and can work. “We want to raise awareness among end consumers, but also among other brands and manufacturers who could follow suit.”

Founded in 2011, TWOT’s mission is to decarbonize the shipping industry by restoring the movement of goods by ship. It aims to develop cargo sailboats to become as competitive as traditional fuel-powered cargo ships.

So far, TWOT has transported 17 different old rigs, including Avontuur, a 100-year-old Dutch merchant ship equipped with solar panels and wind turbines and with a capacity of 114 tons.

The company expects its future sailing cargo ships to reduce CO2 emissions on standard transatlantic routes by over 90 percent compared to the same voyage for the same volume of cargo in the conventional, thermally-powered sector.

To date, TOWT has generated over EUR 1 million (US$ 1.05 million) in sales. By 2025, it guarantees that 9,600 tons of CO2 will be saved annually to and from the port of Le Havre and that 72,000 tons of goods will be converted to low-carbon transport every year.

According to Soubeyran, TOWT will benefit from proposed €150 million ($158 million) deals linked to a number of major French brands. One of them, Belcois a sustainable coffee importer that supplies around 1,000 specialty roasters across Europe like Javry.

By sailboat, a 5,225 nautical mile journey from Brazil to the port of Le Havre carrying Belco’s coffee beans would take 21 days and have a near-zero carbon footprint. A conventional shipping container, on the other hand, would have emitted almost two tons of carbon.

Belco has received so much positive feedback that they now plan to import about 4,000 tons — about half of their total coffee beans — by ship by 2025.

But for that they need a bigger boat – and that’s exactly what TWOT wants to deliver. By the summer of 2023, TOWT plans to launch its first fleet of cargo ships, which can hold up to 1,100 tons. Four more will follow by 2026.

For the first time in the industry, TWOT also uses a label called ANEMOS: a certificate that guarantees customers a decarbonized transport of their products. A QR code will be provided containing a decarbonization report, crew testimonials and voyage stops. To date, the company has sold over 1 million products marked with ANEMOS.

Across the Atlantic, Costa Rica-based logistics agency SAILCARGO plans to build its own flagship sustainable ship by 2023. The Ceiba is the name of the largest clean deep-sea cargo ship in the world that was built from renewable wood and can carry 250 tons.

One of SAILCARGO’s partners is the Canadian roaster Cafe Wilhelmwhich has invested in the Ceiba to ship coffee beans from South America to its roastery in Sherbrooke, Quebec.

“We want to leave a legacy, to do something bigger than us,” said Jean-Philippe Marcoux, Café William’s marketing director TRT world. “We decided that shipping coffee in a more environmentally friendly way was a worthwhile goal.”

As the largest Canadian-owned roastery focused on producing organic and fair trade coffees for the retail market, Café William is at the forefront of rethinking the future of coffee production.

Marcoux mentioned that zero-emission maritime transport is only one piece of the green coffee puzzle. The company has invested over 10 million dollars in a new eco-friendly roastery and also wants to buy electric trucks to “provide green coffee at every stage of the supply chain,” he said.

While the volume of vessels on offer remains limited, growing interest in carbon-neutral alternatives to traditional fossil fuel tankers and aircraft is likely to prompt companies in the industry to reconsider new supply chain practices and shipping companies.

Beyond reducing the carbon footprint, many in the industry are striving to shorten the supply chain to allow for more transparency for customers and fairer prices.

While prices are currently a challenge for Soubeyran, they will change as the industry develops. “Yes, the prices for sails are slightly higher,” he said. “Sea transport is so cheap, and we’re still in an economy where people are used to finding the cheapest options.”

“But I think that’s changing as more consumers are looking for ethical options and we’re promoting less polluting transport that can also be used in relation to marketing.”

Not to mention the added benefit of not being dependent on volatile oil prices, Soubeyran added. Large sailboats have engines that they can use when needed, otherwise they are powered solely by the wind.

For Javry, sailing costs almost 20 times more than traditional transport. To keep the coffee affordable, Orban said Javry is reducing its margin and absorbing some of the extra costs. “In the end, the package only costs the consumer a few euros more than usual,” he says.

“Consumers are becoming more conscious of what they are buying and how they are buying,” Marcoux said, adding that consumers have become more willing to pay more for greener coffee and roasters are taking up the challenge to provide it.

“Here, too, we think long-term and B2B [business-to-business] perspective, and we anticipate that there will soon be other coffee suppliers moving in the same direction.” 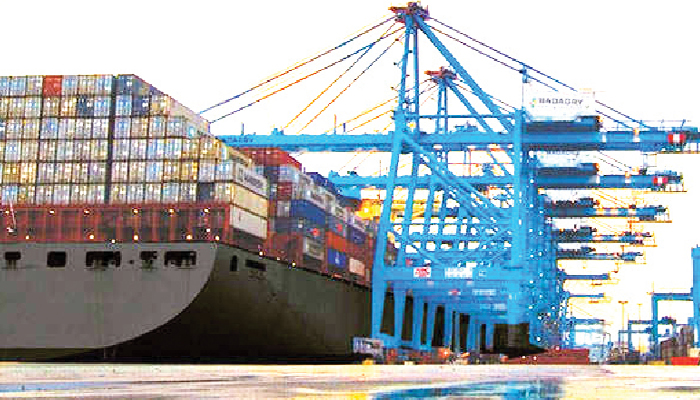