Freight increase contributes to record profit in the port of Napier

Christine Geisler November 16, 2021 Cargo Ship Comments Off on Freight increase contributes to record profit in the port of Napier 32 Views

Napier Port has shaken aside the impact of Covid-related disruptions and fewer ship visits to generate record full-year profit.

The freight volume reached a record level, as more container traffic was handled despite the declining number of incoming ships, while bulk cargo was driven by record amounts of round timber. There were no cruise ship visits. 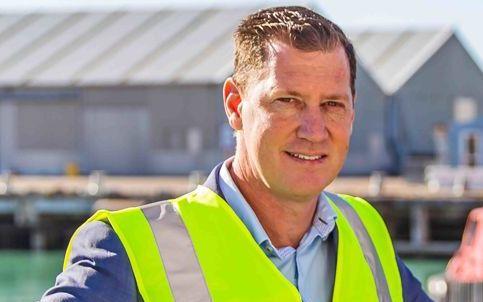 CEO Todd Dawson said the result was encouraging given the disruptions in supply chains from shipping schedules and the backlog of containers.

“Our success in attracting cargo from outside Hawke’s Bay has been a factor in increasing volume and resilient services.”

Although the port received 51 fewer container ship visits, this was largely offset by an increase of 39 bulk charter ship visits. The lack of cruise ship visits cost the company an estimated $ 4 to 5 million in lost revenue.

Dawson said he doesn’t see much easing of disruption for at least another year.

“Significantly, we hosted all of these ships while operating with less port space due to the construction of 6 Wharf.”

The 350 m long new shipyard is intended to expand the cargo volume that can be handled and allow larger ships to call at.

The port now expected the wharf to be completed and operational by the middle of next year, several months ahead of schedule and also up to 5 percent below budget at a cost of between $ 173 million and $ 179 million.

Dawson said the port benefits from inland freight hubs, particularly one near Palmerston North with direct rail and road links to the port, attracting new customers and cargoes.

He said if current market conditions persist, the company expects underlying earnings to increase 10 percent in the coming year.

The port company has put in place a mandatory Covid-19 vaccination policy for all employees, and Dawson said that so far only one employee out of 300 employees has declined.

Meanwhile, the port has also rewarded employees below the management level with a bonus of $ 2,779 consisting of cash and stocks.

Previous FMC is exploring how data can accelerate container delivery
Next The shipping container is the latest victim of the pandemic economy: NPR